Half the money I spend is wasted…but which half?

Half the money I spend is wasted…but which half? If you are troubled with this issue, then your shop, or company, or website has no idea or plans for measurement and metrics, so as to impose discipline in the house. But if you don’t have Metrics in place, for sure “Half the money you spend is wasted“. It’s a guarantee…

Half the money I spend is wasted…but which half?

John Wanamaker (1838-1922) was a successful U.S. merchant, considered the “pioneer in marketing”. He opened one of the first department stores, which grew to 16 stores and eventually became part of Macy’s. 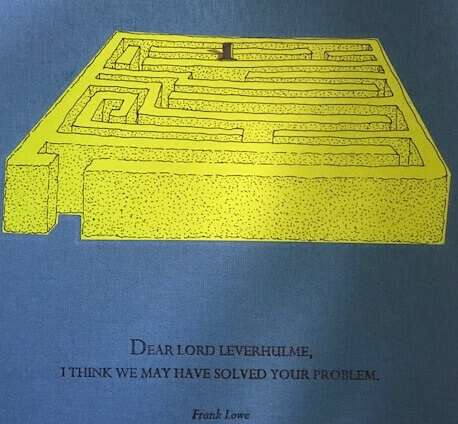 He is credited with the phrase “Half the money I spend on advertising is wasted; the trouble is I don’t know which half”. I first heard this quote when I was working at Lowe Worldwide (now, MullenLowe Group) for all the brand portfolios of Unilever. We had to prove every day that either we don’t over-spend, or that we bring increasing ROI for the 68 brand portfolios. Sir Frank Lowe, our CEO, even wrote a book about it!

The budget ‘story’ is always the same

In any market, any industry, from a small shop to a global legacy company the budget is a tough nut to crack. Why? For three main reasons.

First, the average mind, when in focus, budgets for a thing, a product, a marketing activation at hand. It needs to budget for X now! No one is budgeting for scenarios’ planning. No one is budgeting with the context, competition, and evolution in mind.

Secondly, the Marketing budget isn’t totally aligned in-house. In most of the companies I know and worked for, the budget owners (CEO-CFO) either they aren’t strong believers in Marketing, Advertising, and now Digital, or they simply treat Marketing & Communications as a cost.

Last but not least, no company that I know has ever made an in-depth analysis of the entire company resources’ allocation (vs. realities), so as to derive some useful conclusions on the ex[enses’ prioritization. Here’s an example from Unilever.

Unilever’s chief marketing officer Keith Weed criticised agencies for failing to evolve to meet the changing needs of consumers, and brands in a “cluttered” digital world. “In my experience, the agencies haven’t moved fast enough,” he said. “Agencies shouldn’t be enabling companies like ours to [build their own data centres], they should be ahead of us and they should offer us that service themselves.” He went on: “Consumers and technology are moving faster than the industry, as marketers we used to lead consumers, now marketers are chasing to get ahead.”

After 96 years, J. Wanamaker gets an answer

Marketing models, decisions, and planning have changed forever. Successful marketing today is where science and art intersect to deliver superior results. Owners and leaders haven’t grasped the full width of this reality, but they will eventually.

From vague and subjective opinions (“we advertised last week and sales increased so it must have worked”) we have all the data at hand, to judge where the Brand stands, and how the business progresses. Google, website, plugins, social media, payment systems, voice recognition (you name it…) all have a dashboard and measure. If we can’t read the data, or if we’re too tight to previous years’ routine …that’s another story.

Throwing money in mass channels and not being sure what is happening is past. From corporate communication teams up to retailers now have to justify everything they do and spend, backed-up by sales/leads/digital data, and survey findings. That’s a very good thing for the governance and the success of businesses.

The challenges of Marketing ROI will continue

Every Marketing-Communications related employee is usually assigned with a budget, that isn’t enough (compared to the strategic goals, the context, the competition), and has to report back BIG successes (“if the ROI isn’t 2x, then you’ve failed”). But the spending and ROI accuracy will continue to be a difficult thing.

Many times the target can be highly subjective and variable. Second, it can be awfully difficult to measure. Finally, getting a handle on ROI can be expensive. Dave Peacock, the former Anheuser-Busch North American president said “There are tangible and intangible returns. At AB, we invested heavily in an NFL sponsorship which had huge customer benefits that we could quantify and we took it from a competitor. But we also were a year into the merger (with Inbev) and suffered from the image of being cost-cutters. Investing in the NFL sent a signal to our employees and wholesalers that we were actually investing back some of what we had cut.”

Peacock’s point is fascinating. AB sells beer to consumers. In the case of the NFL sponsorship, the company spent millions to burnish its reputation amongst two audiences which were not primary end-Customers. Thus the subjectivity.

Agencies should be ahead of us and they should offer us that service themselves. Consumers and technology are moving faster than the industry, as marketers we used to lead consumers, now marketers are chasing to get ahead.

A Harvard Business Review piece framed Marketing ROI like this:

But who says that this is enough? Budget (as an investment) decisions should have a real width of data available, so you can predict outcomes and correct your company’s business and marketing course of actions.

Even today, a lot of Owners and Marketers use volume metrics to know where their business stands. But volume (sales, logistics, marketing, likes – you name it) is not enough. The new decision-making on budgets, marketing, activations should be a combination of marketing research, online metrics, and qualitative feedback.

No, it’s not simple anymore: “get the 10% as every year“, or “I give you an increase of 2%” or, “we should cut on Marketing“. When your company will have for long set KPIs and objective data analysis on the below areas, only then you would be sure for Marketing budget decisions. You would be more strategic, and more results-oriented.

The budget decisions should be complicated

Here is the full list of Metrics you should have in place for a truly excellent Marketing decision-modelling and the right Budget choices. Sound too many? Do you believe that you’re too small to have all of these? Start from somewhere (below metrics can be implemented with truly low-cost tools) and continue developing the measurement framework, the company Culture (for measurement and reporting), and only then you can be safe on how-where-when-why to spend:

You should measure 24/7 for Clarity

At any given moment, consumers are at the receiving end of a number of different marketing, advertising, PR, and online-only messages across categories and a variety of platforms. With the increased fragmentation of media and the shrinking of consumer attention span, it is imperative to not only be creative but to encourage sharing and conversations.

Put in place your Measurement culture and thrive as a Company. You will gain more edge, more competitive stance and proactivity. You will not be afraid any more, for over-spending, losing resources, or that your Marketing is a waste…

No, I repeat, isn’t any more a “privilege” of big companies only. The Industry 4.0 is characterized by the marriage of physical and digital technologies, for all. It gives to everyone (content creators, YouTubers, online retailers, SaaS startups) the tools of analytics, cognitive computing, and automation. It’s a time of great opportunity.

If you reached this line and you are still wondering “Half the money I spend is wasted…but which half?“, then it means that your shop, or company, or website has no idea or plan on measurement and metrics, so as to impose discipline in the house. But if you don’t have Metrics in place, for sure “Half the money you spend is wasted“. It’s a guarantee…

To grow again your business, be an extrovert!
Scroll to top