European Digital agenda is for the people and Growth 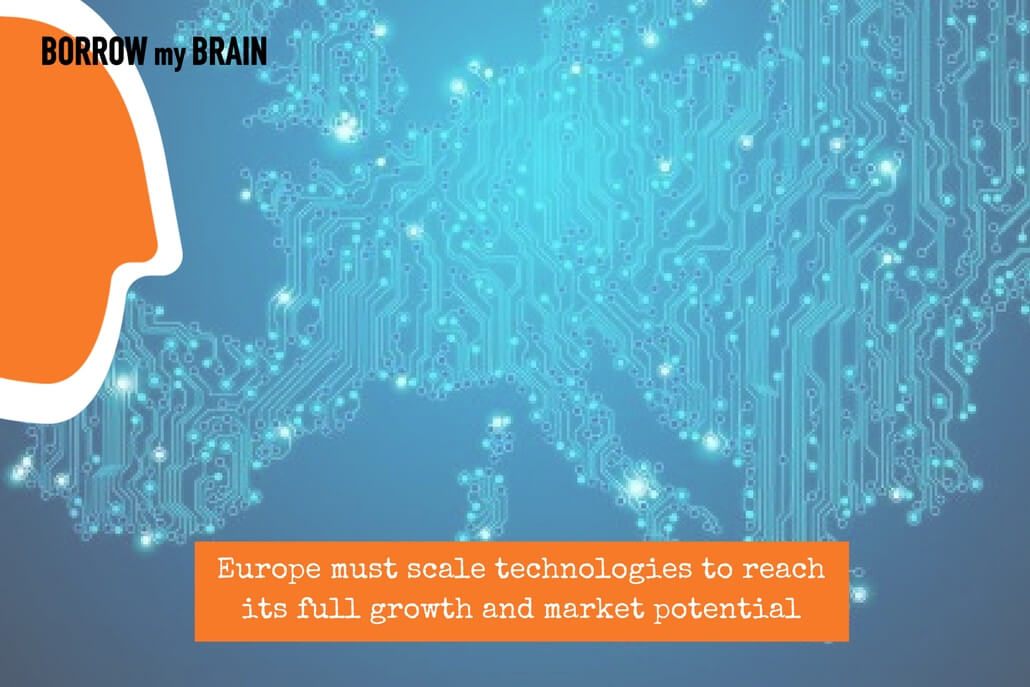 European Digital agenda is for the people and Growth. It aims to create new jobs, digitize services, synergize integration, and common European standards in society and economy. It gives a framework for national governments to put emphasis, resources and specific plans towards the Insutries’ digital transformation. I’ve written this article in 2015, being a Network Society blogger. It’s still relevant for my country and others as well, but isn’t progressing at speed.

European Digital agenda is for the people and Growth

I don’t know Andrus Ansip, but he is doing an important and concrete job, and I respect him for that. He is Vice President (2014-19) for the Digital Single Market in the European Union. When he previously served as prime minister of Estonia, 2005-2014, he pushed and transformed the small country with a range of digital technology services (search e-Estonia) in any public action and transaction that you can imagine for the benefit of citizens and businesses.

He made technology a platform to fight back against corruption, and bring transparency and service to its highest levels. He devised a plan to invest in energy distribution (smart meters), to improve broadband infrastructure in every home and educational institution, and supported export-oriented startups with practical assistance and policies. That looks like a successful plan that can only attract further new investments and increased cooperation.

A few months ago Ansip presented the principles of the “enlarged” EU Digital Agenda. Since then he has been urging national governments to respond with concrete plans and actions for how to digitally transform their operations, citizen services, and help local markets improve by using technology. Few responses though…

I come from Greece, which is among the last-placed countries in digital-adoption rankings. Like many others, I would love to see a detailed plan drawn up and followed through. Why? We can’t live anymore in the “silos” and misconceptions of the past.

You can’t have six-year-old kids, digital natives, being taught in school still on a whiteboard. We can’t progress if we ignore the European “School on the Cloud” initiative, which offers content and learning from any device, at any moment, for any user … while the same time operating costs for the “official” education systems increase without any increased ROI.

Who can live in a polluted city, full of traffic accidents and all-day congestion, when all these things can be systematically controlled and improved with a central coordination system that unites users with authorities, and drivers with traffic police? The European suggestions and best-cases are there, but the implementation in our cities is lacking project-approach.

The Digital Agenda is a framework, a mindset, to help each country improve and transform whatever is to serve larger urban populations, incremental service needs and a new citizen mindset. It calls for investment schemes in telecommunications infrastructure (catering to the new consumer habits), innovative digital services everywhere, investing in high-speed internet and secure networks, introducing privacy regulations (a key issue) to enhance confidence among all European internet users (72% doubt the privacy and security of their web services).

Named ‘the most advanced digital society in the world’ by Wired, ingenious Estonians are pathfinders, who have built an efficient, secure and transparent ecosystem that saves time and money. e-Estonia invites you to follow the digital journey. The Estonian dream is to have an as little state as possible, but as much as is necessary. Thanks to e-solutions, communications with the state are fast and convenient for all, and our country is more effective as a result.

The e-Estonia’s success relies on a clever infrastructure that has made it possible to build a safe e-services ecosystem. An important part of this ecosystem is flexibility and the ability to integrate its different parts while improving e-services and allowing government systems to grow. Business, State, Opening a company, Healthcare, Education and many more citizens services are already transformed. Have you wondered what initiatives they plan for in your country?

In 2017, Germany held the presidency of the G20 and decided to place particular emphasis on digitization, including hosting the first ever meeting of G20 Digital Ministers in April this year. With the adoption of a roadmap for the digital economy and the acknowledgement of recommendations to increase consumer protection, the government has managed to earmark political commitments to shape our digital futures. While the continuation of this path within the G20 will depend on the upcoming Argentine presidency, the German government moved on to put yet another marker in place: On July 19, it carried the motion to apply for hosting the Internet Governance Forum 2019 in Berlin. Mandated by the UN, this annual gathering of the digital rights and net governance community offers host countries the opportunity to showcase progress and display global leadership on digital topics. A successful application would require significant investments from the German government — a clear commitment to keep digital issues high on the agenda regardless of which party wins the upcoming election.

The purpose of the Digital Agenda for Sweden is to collate all ongoing activities under one roof. Sweden is already becoming the best country in the world at utilizing the digital opportunities. Few examples are The eGovernment, the issuance of Guidance on web development, public e-services for elderly people and people with disabilities (to create real social benefits for everyone). Also, the Legal, Financial and Administrative Services Agency (Kammarkollegiet) has been working since 2008 to ensure usability and accessibility for people with disabilities in procurements for the framework contracts on products and services in the area of ICT.

Many people are working to increase digital participation in voluntary initiatives. An example of this is ‘ICT Lift’ (IKT-lyftet), a project for the county libraries. Another example is a joint petition known as Digidel run by people and organizations representing all parts society: libraries, folk high schools, non-profit associations such as disabled federations and Seniornet, the Swedish ICT & Telecom Industries, learning centers, government agencies, Municipalities for Joint Development of e-Services (Sambruk) and study associations. Have you seen in your country such a widespread coordination of civil society and government?

The Industrial revolution of our times is only Digital. Europe needs the right scale of technologies, like cloud computing, data-driven science, and the Internet of Things to reach a full potential.

Progress is slow. Mobile operators and networks invest to mitigate on their service ‘faults’, but progressing usage and penetration. But I don’t see, reading the news, that governments do have a plan in place (rather a project plan with specific milestones and deadlines). For example, European data show that in the Member States (Austria, Belgium, Denmark, France, Germany, Italy, the Netherlands, Portugal, Spain), the deployment of cloud in the public sector is at a very early stage.

My view on the issue

My view is that Digital Single market will progress even slower in Europe, due to the non-alignment and bureaucratic mentality of EU national governments. Of course operators, new media content providers, and startups will continue to do disruptive business, but the end-user / citizen will need long to unify governance, services, and own experiences …from the postal service, up to the e-government.

Unfortunately, hecklers and haters are not the only issues that tolerate governments’ performance (or the citizen groups’ push for lower taxes and more benefits). The real issue at hand is that governments and institutions are governed by older people, not being updated and aware of the greater good they can deliver through integrating digital policies and services in our lives.

They are still living in the 80’s world. The few best cases that you see in smart cities, networks’ deployment, mobile payments, and innovation patents are the small ‘oasis’, that is fighting against many obstacles, bureaucracy, and old-mindset.

If only we could have open data on the issue, to monitor national plans in place… You see, the No1 agenda for Growth of our times is progressing like a turtle in Europe.

Empathy is the next big global currency