Empathy is the next big global currency. Use it! 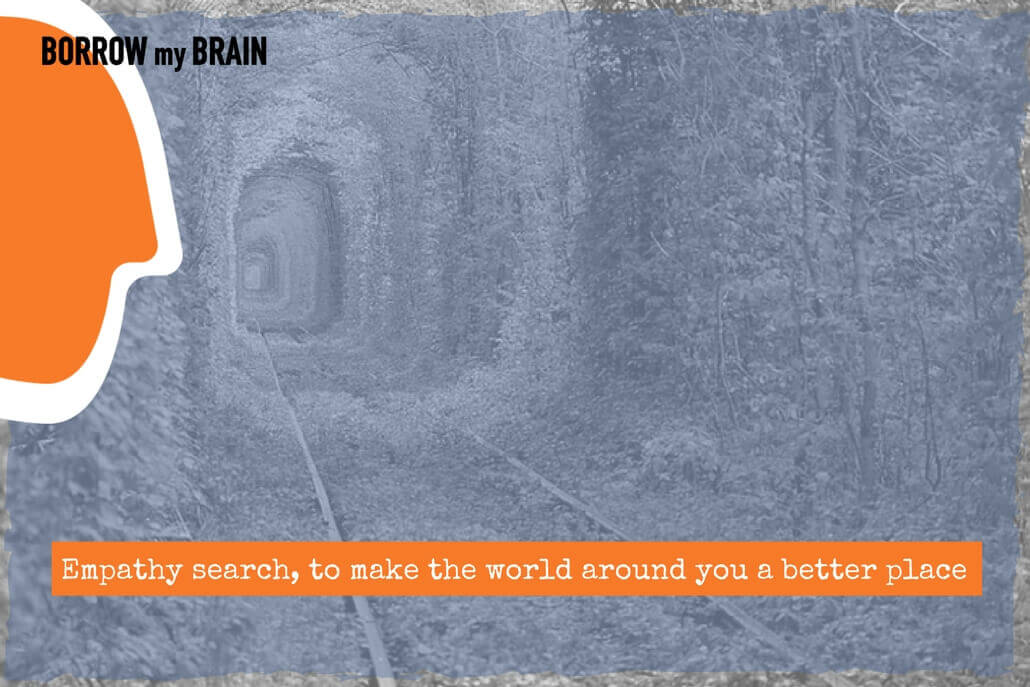 Empathy is the next big global currency. Needed for business and civil society. We need to own it for the “transactions” of me and you. This article was published in 2015 at andro.gr, but today I post it with slight updates and reworks.

Empathy is the next big global currency

D. Coleman wrote, “If your emotional abilities aren’t in hand; if you don’t have self-awareness; if you are not able to manage your distressing emotions; if you can’t have empathy and effective relationships, then no matter how smart you are, you are not going to get very far.”

Ancient Greeks have had empathy in the centre of their attention, distinguishing those who had a respectful attitude towards fellow citizens. Empathy (’em-patheia” – meaning with passion). You can say, OK, but what’s in it for us?

Empathy begins with understanding life from another person’s perspective. Nobody has an objective experience of reality. It’s all through our own individual prisms.

It is more than “nice to have” today

[inlinetweet prefix=”” tweeter=”” suffix=””]Empathy today is a prerequisite in the business world and for the civil society[/inlinetweet]. More or less, all companies are witnessing a devastating Change. It’s not only the digital and industry transformation but people, habits, rituals, context all being in transition. In turn, they search for people with empathy, and emotional intelligence.

Of course, we have to admit, that corporations, on the other hand, have broken on their brand and workplace promises, so even the empathetic employees are feeling awkward, or even close to distrust.

It is crucial to have

Being empathetic means you can guide, navigate and coordinate teams and belief sets. It’s critical for how we communicate, and a very distinctive personality trait. It shows. It speaks louder than words. It’s in the look, in a smile, at a hand-shake.

It becomes even more crucial today, since around us haters and hecklers, or people who lost faith in the value systems have become negative in every instance and opportunity. If you don’t own it, you can be part of the chaotic crowd.

Without it, you’re not capable to recruit, manage, evaluate, talk and bridge sentiments. You can’t lead as first among equals.

Are we getting educated for Empathy?

No, still we are being raised for “ego”, power and status. “Study X, to achieve Y.”, “You’re better than she is.”, “Be an achiever, no matter what.” There’s no balance in raising the soft skill of Empathy in school, university, or at work.

Don’t read the bullshit of influencers and thought-leaders and the ‘chic’ empowering posts or the coaching hype. Many people either have remorse on the “system” we’ve raised, or others make their living from the hard obstacles of transition waves.

Our value system is not raising empathetic, kind, tolerant people. Whoever gets a bit of power, exercises it in a punitive form on others. I’ve managed more than 850 people in the last 12 years and I can tell you that only a 2% were people ‘programmed’ to go hand-in-hand to achieve projects of excellence.

Is post-recession teaching us Empathy?

Most business executives haven’t realized the issue at hand. They most of the times say that “empathy is to be able to smell occurring situation and context“, a poor definition. Empathy is like opening a door and taking action with shared responsibility for others and common interests. Mind you it’s one of the most critical skills to own.

How do you go about it?

You sense. You receive a message. You think and assess evidence, characters, context. You activate towards the other part, with a friendly-bridging-calming approach. It applies to the responsible citizen, the dear friend, the committed project team member, the super successful executive leading teams, the business owner to employees, to motherhood and fatherhood.

Empathy asks that you smile when walking by an angry person, and always estimate what’s the good move for the company you engage with. It means that you design products and services, not “according to plan”, but for the people and the common good. [inlinetweet prefix=”” tweeter=”” suffix=””]Empathy asks that we contribute and volunteer as a soul-retribution move and to build a better world[/inlinetweet].

Empathy should be you, your values, your actions to others. Period. You have it or not?