10 years with startups, we must improve | Borrow My Brain 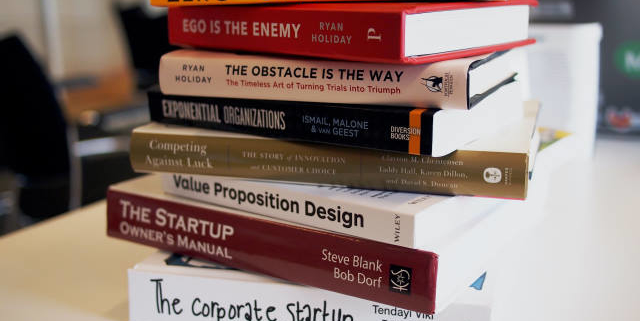 10 years with startups, we must improve. I would like to address with this blog post the “ecosystem’s stakeholders”. Be more serious. Leave the events and building your profile aside. Be decisive and bold to ask the legacy companies, to sponsor real projects. Employ real young talent. Assign to specific disruption areas. Work harder. Introduce more result-oriented young teams’ guidance. Connect more and measurably with the global innovation hubs. Don’t work in silos. Otherwise, startups will be a “bubble” risk.

10 years with startups, we must improve

My bitter-sweet thoughts after the Startupweekend Kavala, where I was one of the Mentors, are still an ‘obstacle’ for my participation at similar events. Not that I’m irreplaceable, but I’m noting it for my desire to help young teams thrive.

By default, any new company has a lot of risks and unprecedented context issues to face. In any sector, according to Inc., only 4% of US-EU companies reach successfully their 10th year of operations. We now have learnings from 10 years of ‘startup-methodology’, if I can state it like this, and still, only 12% of startup events’ participants continue pursuing their idea. This needs to be fixed.

It needs to be fixed on a sound basis

It needs to be fixed because in the next 20 years the unemployment and job market fatigue will be in the same challenging situations, at least on an E.U level. So we need the correct moves, by helping young people succeed in their new endeavours.

But should I be happy for the 10 amazing Greek startups as reported by the Silicon Republic? Not so much. I would wish to have more, bigger, and sustainable in hundreds. Even, abroad, we find (global data, end 2017) based on PitchBook …200 unicorns. They range from well-known companies, such as Reddit or Quora, to rapid-risers like China’s Toutiao (now valued at $20 billion), which has seemingly come out of nowhere.

So, why so much fuss?

The “garage startup” has become as much of an American icon in the twenty-first century as the automobile and the drive-in were to earlier generations. The thought that anyone with an idea can change the world is as romantic as democracy itself, but it’s not altogether true. A garage startup only works if there is existing technology to build on top of, and a chunk of money and good people, very well-skilled.

CBI Insights analyzed 101 startups ‘post-mortems’ (reports they wrote after they failed). The researchers extracted the top reasons startups fail, including things like a pivot going wrong; legal challenges; disharmony within the team or with investors; poor marketing; and of course the one frequently cited: running out of cash money.

But the real issues remain un-tackled…

You can tomorrow morning launch a small marketplace for yoga, wellness, hair-salons, computer electronics, so the consumers find you easier, conveniently, and fast. But you aren’t solving a big issue. According to CBI the number one reason for failure is simple: the startup didn’t solve a big enough problem. In the words of the report, “Tackling problems that are interesting to solve rather than those that serve a market need was cited as the No. 1 reason for failure, noted in 42% of cases.” I think people get into the startup effort for all kinds of motives: unemployment; to make money; wanting to make a difference; wanting to quit their 9-5, or just wanting to be in control of their own career and destiny.

But above all, I’m worried about what motivates young people. Why and how will they take action? School taught us to answer a simple question, “will this be on the test?” If the answer is no, we’ve got no time for it. Work prevailing culture taught us to fear the boss and the review and our performance ranking. And we are motivated to do the work, if we get paid for it, because, after all, that’s why we work. So many do the least, because they are always going to get asked to do more.

Chase the vision, not the money; the money will end up following you.
Tony Hsieh, CEO of Zappos

The responsibility of Universities and startup-support institutions

Millions of students are in college. Surrounded by huge libraries, high-speed internet access and educated teachers, and yet the dominant dynamic remains: will this be on the test? These learning and startup-support institutions should have started working by now to the curiosity. Or generosity. Or connecting students with really advanced global communities, funds, already successful startups and celebrated influencers, to give the best examples that young people can have.

Will everyone be involved in the startup effort? No! But perhaps we could learn to see possibilities instead of risks. So as to benefit the future maturity of the young citizens. What if we took and finished online classes because we could, not because there are assignments, tests and a certificate?

Because at the end of the day, we might not have many more startups, but we will have well-trained project managers, responsible finance experts, and team-builders.

Will we continue in a ‘fashionable’ manner?

Startups are indeed fashionable. But imagination and reality are far apart – a paradox which leads to opposing effects, caused by the hype behind any nonsense, non-starter or lemon idea becoming a start-up – where many turtles hatch, but few make it to the sea.

In the US, if we exclude Apple, Google, Amazon’s expansion, Facebook and the wave of Mergers & Acquisitions in legacy industries (and Silicon Valley’s doubled seed funding – VC funding in the US over the last five years has totalled a remarkable $238 billion).

But entrepreneurship is actually on the decline! According to a paper of economists from the Brooking Institution, the percentage of US firms that were less than a year old fell by almost half. Indeed, according to the Commerce Department, since 2015, startup activity is growing again in America, but it is still below historic norms, and the latest data from the US Census Bureau continues to show a long-term decline. Imagine if this is happening in the U.S what implications we have in Europe. In Europe, it’s neither much different nor rosier. In Germany for example – according to the latest Global Entrepreneurship Monitor – the enterprise birth rate fell by 17%. Germany only occupies the last place in total early-stage Entrepreneurial Activity (TEA) among 23 innovation-based (i.e. comparable) countries. Italy ranked 22nd, Spain 21st, Norway 20th, UK 15th, Switzerland 11th, where Canada leads the ranking, Estonia came 2nd, USA 4th and Israel 5th.

Do startups really create lots of good jobs? It’s not so simple. There is no doubt that some, especially those which become real, lasting and high-growth companies, do indeed create good jobs, but they also can’t pay much. A study in the UK has shown that on average, a good performing startup reaches approx. $180,000 in revenue after its sixth year. It’s logical. Keep in mind that even successful start-up entrepreneurs work for low or no salary for months or even years.

Has the world of entrepreneurship lost its appetite for risk? Maybe. Remarkably, in the innovation-driven economies, it looks as if as many seeds are being planted, fewer trees are growing.

Startups have a lot of maturity and character issues. Startup founders’ attitudes and useful insights can be found in this First Round 2018 survey.

But my desire is to address the “ecosystem’s stakeholders”. Be more serious. Leave the events and building the profile. Be decisive to ask the legacy companies that “play” in the STEM and startup domains, to sponsor real projects. Employ real young talent. Assign specific disruption areas. Work harder. Introduce more result-oriented young teams guidance. Connect more and measurably with the global innovation hubs. Don’t work in silos. Otherwise, startups will be a “bubble” risk.

If you succeed in this, my three kids will have an inspirational market to look at and get valuable training. If you produce results, then we can go through the transformation forces in the next 20 years. If you succeed, then we will have a really valuable new breed of young talent ready to lead and produce. Otherwise, “bubbles”… 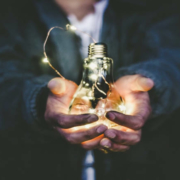 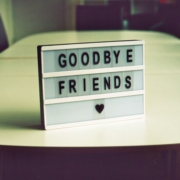 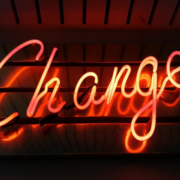 BMB Borrow My Brain Your subject preferences for our blog? 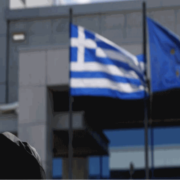 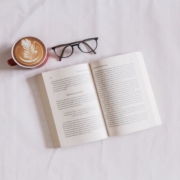